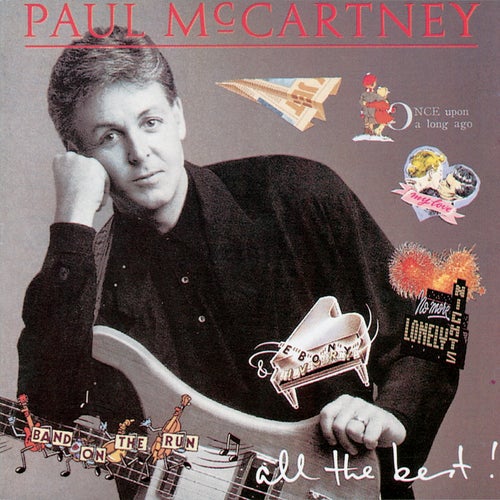 Reproducir en Napster
Lanzamiento: Nov 1987
Disquera: Paul McCartney Catalog
If you only want one McCartney collection get the two disc retrospective Wingspan. That said, All The Best boils things down to a single set very nicely. While many of Paul's solo albums are spotty affairs, he still came up with a long string of classic singles. "Another Day" (a touching English slice-of-life downer) went Top 5 in 1970 and was quickly forgotten, "Junior's Farm" proved Macca could still rock and "Mull of Kintyre" was an enormous, old fashioned folk hit in a Britain grappling with punk rock. Meanwhile, numbers like "Jet," "With a Little Luck," "Live and Let Die" and "Band on the Run" rank up there with the best of the classic rock era.
Nick Dedina